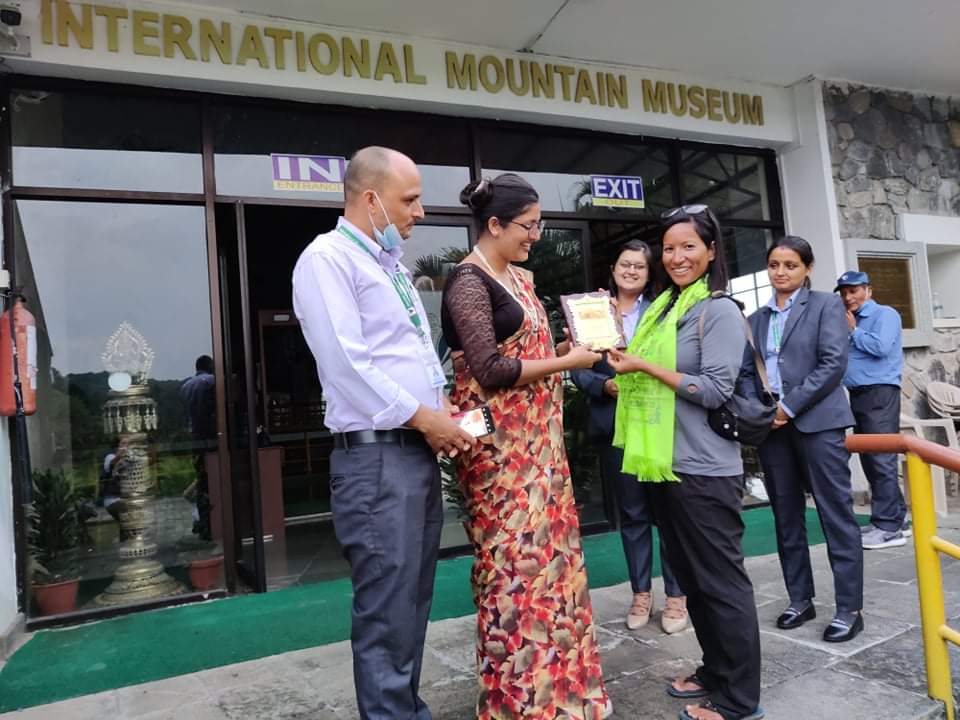 International Mountain museum (IMM) honored Ms. Purnima Shrestha and gave her warm wishes for her historic achievement as the first Nepali woman mountaineer to ascend Mt. Dhaulagiri. The program was organized in the premises of IMM on 5th Oct 2021. Purnima Shrestha and Pasang Lhamu Sherpa Akita, both scaled Dhaulagiri I (8,167 m) on 1st October 2021and became the first Nepali women on the summit of world's seventh highest mountain. NMA and IMM family congratulated both of them and Pasang Lhamu Sherpa Akita could not join the program due to her busy schedule however she was remembered in the program organized at IMM premises. A token of love was handed over in her visit.

Media personnel were invited along with well wishers were participated in the program.